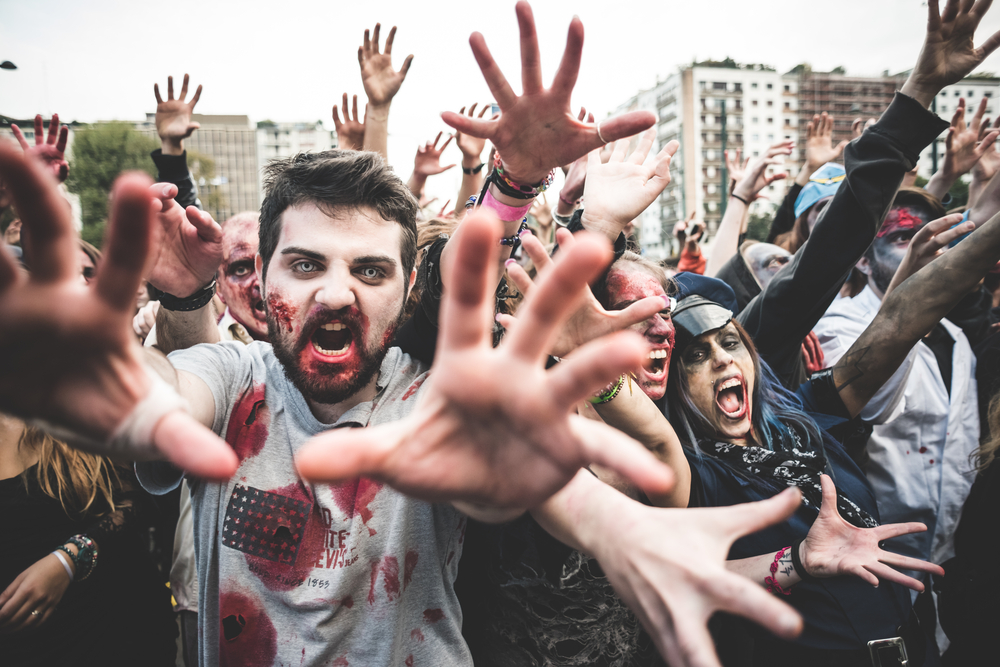 Ahhh, October—the leaves are turning, the air feels crisper and the magic of the holiday season is starting to infuse the air…

And yet, even as the planet turns, some things never change, and unfortunately, fall isn’t just about pumpkin spice and everything nice. One thing you can always count on: companies getting up to their same old BS. Apologies as hollow as a jack-o’-lantern. Tricking rather than treating on Twitter. Caring as much as the living dead about their customers.

And our reaction to all this?

Like a Scooby Doo villain, these companies end up looking more like fools than ghouls. Over the month of October, we’ll throw harsh light on the ways a company will try to suck the blood from their customers, their spooky disappearing act when it comes time for accountability and all the malevolent marketing. So kick back and get ready for the horror show that these companies try to pass off as customer service. (Don’t fret, though—the most blood-curdling realization will be that idiots are in charge.)

Do you see any similarities between this zombie’s group mindless, directionless shuffle and brands like Johnny Walker, McDonald’s and Pepsi?

Yes, a zombie invasion has descended upon brands, subjecting us all to the drudgery of a post-apocalyptic landscape, without any of the fun, exciting interludes for cutthroat survival. Here are symptoms of the virus:

Earlier this year, Johnny Walker launched Jane Walker, a scotch aimed towards women, during Women’s History Month—a necessary rebranding, because, according to VP Stephanie Jacoby, scotch is usually “intimidating” for women. Johnny Walker could have taken the time to build a long-term strategy that authentically aligned them to women’s rights, but they took an easy shortcut by resorting to a gimmick that managed to pander and condescend, co-opting an important movement in the process.

When McDonald’s invoked 9/11 and the Boston bombings in advertising and Pepsi ran its now infamous Kendall Jenner ad, backlash was swift. Consumers saw the ham-handed messaging for what it really was: exploiting grief and tragedy to “get more eyes on the brand”. Instead of finding the points of genuine resonance with consumers, these brands tried to piggyback on the charged emotional equity of larger global events, making themselves look like corporate zombies with zero empathy.

Social is a landmine these days. It’s all too easy to elbow your way into hashtags without accounting for the most crucial part of these conversations: context. Maybe don’t host a Twitter Q&A session when your company is under government investigation. And just because a hashtag is trending, doesn’t mean you absolutely have to be part of the conversation. In this day and age, hashtag fails can put you on the verge of a brand-pocalypse.

Most brands will get infected by the zombie virus at least once. The only way to spike vital signs back to the living is to focus on making your brand unique, authentic, and compassionate.

Take Lego’s massive turnaround when Jørgen Vig Knudstorp took the reins as CEO, at a time when the brand was losing $1M/day. Instead of trying to slash its way to a bigger bottom line and swiping tactics from competitors, Lego focused on reconnecting with its core customers and the purest creative expression of the product.

The result? Revenue growth exploded 5x from 2005 to 2015, and Lego is now the world’s most profitable toy company.

Brand expression is one of the most powerful tools for differentiation at your disposal, because it cuts to the living, beating heart of what creates connection with your customer: emotion. Do some deep digging to find your brand’s authentic story and have the confidence to fully own it. Otherwise, you doom yourself to become a zombie brand, shuffling after your competitors, forever ravenous for scraps of consumer attention.