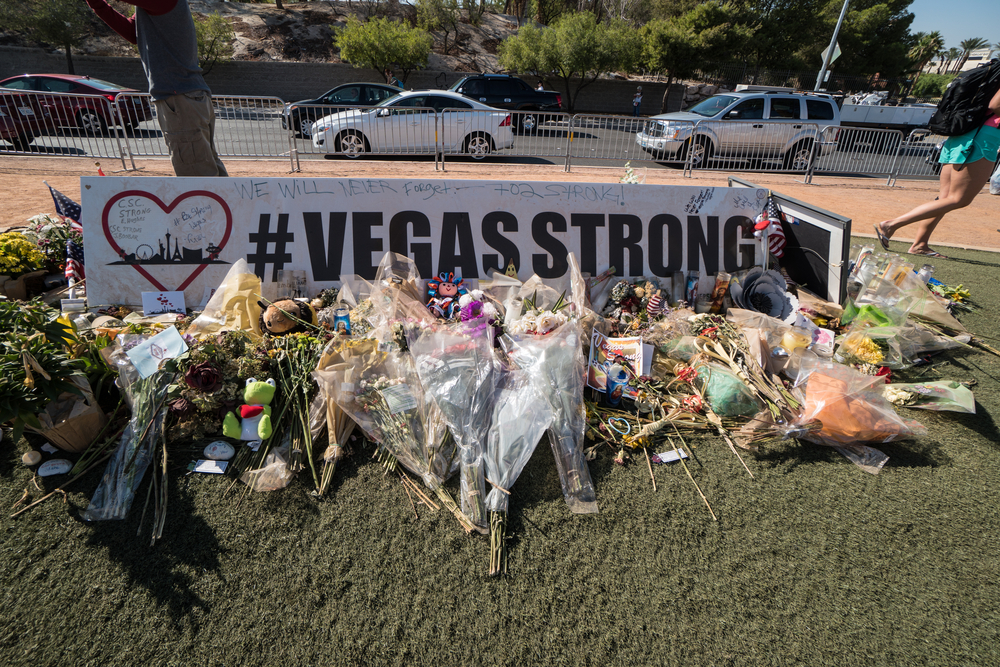 Columbine. Aurora. Newtown. San Bernardino. The list of America’s tragic mass shootings goes on and on. As the nation was still busy working through the trauma of the Las Vegas shooting—which killed 58 people and injured over 500 more—news broke that 26 people were killed and 20 injured in a shooting at a church in Sutherland Springs, Texas. It’s time for the United States to take a hard look at its gun laws (or lack thereof) and try to understand why, in 2017, there are still such devastatingly high levels of gun violence in the country.

GunViolence.Sucks, full stop. So how does a country dealing with these crises on a regular basis manage to be so torn when it comes to gun laws?

What Counts as a Mass Shooting?

A mass shooting is defined as an incident where four or more people are shot and/or killed in a single event (though this definition is widely contested). Online watch groups like the ironically-named Guns Are Cool subreddit and the Gun Violence Archives are tracking the frequency of these tragic incidents, and the numbers are gruesome.

In 2017 so far, there was a mass shooting somewhere in the country every day of the year. BeingAStatistic.Sucks, but sadly each day more and more people are senselessly reduced to a number on a growing tally of gun violence victims.

Each new tragedy spurs the same old debate: how can we curb gun violence once and for all? Is it finally time to revisit those lines in the Second Amendment that give Americans the right to bear arms?

The Case for Gun Control

A common example of where gun control works is Australia, where a mass shooting in 1996 prompted the ban of over 600,000 guns. This action is credited with decreasing gun violence, preventing any further gun-related mass killings and, according to two researchers, saving approximately 200 lives per year. During an interview in 1995, a spokesperson for the Australian Coalition for Gun Control noted: “We register cars. We register boats. We even register dogs. So what’s the problem in registering guns?”

People directly affected by gun violence are not the only ones campaigning for change in the United States. Mental health advocates have skin in the game as well, as approximately 60% of gun-related deaths are suicides, often related to undiagnosed mental illness.

While pro-gun advocates may argue that the right to carry arms is a constitutional right, New York Times writer Firmin DeBrabander
said it best in the wake of the school massacre in Newton, Connecticut in 2012 when he wrote that guns “pose a monumental challenge to freedom, and particular, the liberty that is the hallmark of any democracy worthy of the name—that is, freedom of speech. Guns do communicate, after all, but in a way that is contrary to free speech aspirations: for guns chasten speech.” If you agree with him, it might be time to call America out and let Congress know that ThisDeathRate.Sucks.

Protecting the Right to Carry

Unlike Australia, where gun restrictions remain quite strict, the right to bear arms is protected by the American Constitution in the Second Amendment. Gun advocates often cite this democratic right as the main reason why gun ownership for American citizens needs to be protected. This is further complicated by lobbying by the National Rifle Association (NRA) and other political interest groups who believe that gun ownership is an important part of American heritage and culture, not to mention a profitable business. With the NRA funding a large portion of Congress, it seems stronger gun laws will be hard-won.

The number of guns in circulation in the U.S. is approximately 88 guns for every 100 people. Gun purchases surged under President Obama, when many Americans were afraid that their right to carry might come under siege; under President Trump, however, gun purchases have slowed, as fewer citizens have a “now or never” mindset to this noticeably pro-gun leadership. ThisPresidency.Sucks.

If gun violence or gun ownership are issues you feel passionately about, use a unique domain like Heartlessness.Sucks or GunViolence.Sucks to start a movement online. Whether you’re pro- or anti-gun, we can all agree that mass shootings need to stop.

Whether you’re nodding your head in agreement or shaking it in disbelief, there’s a .SUCKS domain for you to make your case. Start the conversation you want to be having online with a custom .SUCKS website and let the world know what really sucks.