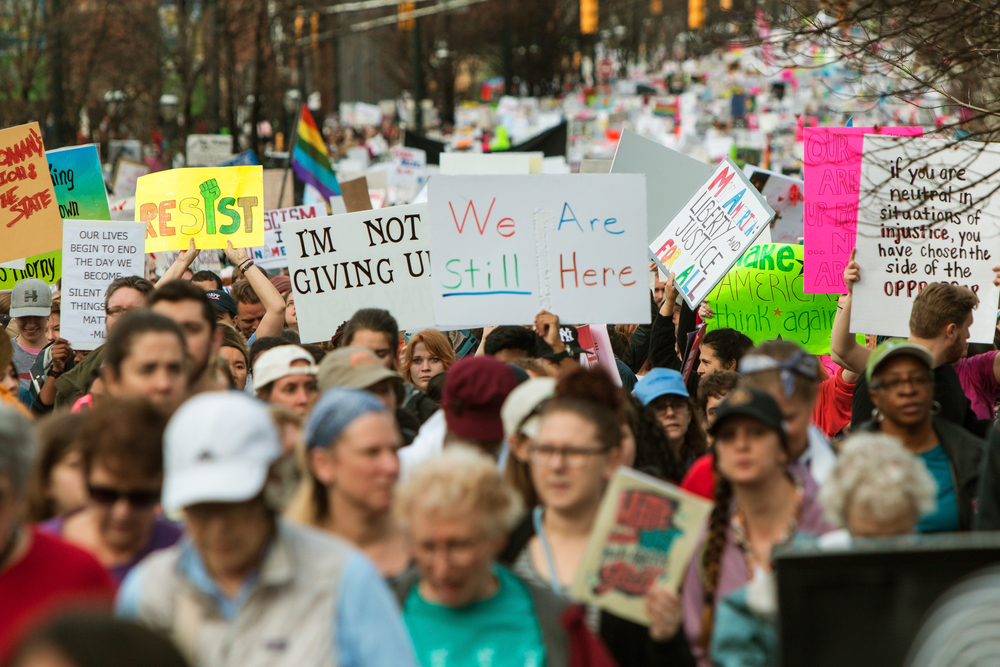 You have a message to share—but how do you get it out into the world? More importantly, how do you rally a community around your cause? To bring about change, it’s important to have a platform where people with similar views can unite. Great things happen when people come together with shared goals, but that requires someone to take the first step.

Going unheard sucks, so here are some unique platforms where you can take a stance:

1. Out in the Streets

Political demonstrations are an obvious go-to for making your voice heard. We’ve seen it recently with the Black Lives Matter movement and the Women’s March after President Trump’s election. But activists everywhere are finding more ways to use public space to make a political statement. Just take the “fearless girl” statue installed in front of Wall Street’s charging bull as a call-to-action by State Street to improve the gender diversity on corporate boards—even the 1% is finding creative ways to implement real change.

You’ve probably heard of the Kathy Griffin “severed Trump head” photo shoot debacle. Everyone has. While her message of political satire may have missed the mark for many, the use of shocking and attention-grabbing photography is an obvious way to spread your message quickly. Photos can circulate faster than wildfire, especially once you plug them on Instagram, Facebook, Twitter, or your own website.

3. Through a Unique Domain

Everyone has a blog or website these days. To really make a statement in all of the digital static, you need a domain name that’s memorable, easy to relay to people and that expresses your message clearly. A .SUCKS domain is all of these things. Who isn’t going to remember a website called BeingUncool.Sucks? It’s pointed but also a little tongue-in-cheek.

While you can have a lot of fun with a .SUCKS domain name, you can use it to convey something serious, too. Assad.Sucks did just that in the wake of the chemical attacks in Syria.

Plays and theater can also carry political messages. Recently, this was taken to an extreme when a Trump lookalike was assassinated in a New York performance of Julius Caesar. The act was controversial, to say the least, but it goes to show that you don’t have to pen a masterpiece to make your point. You can play off existing stories and add your own twists and turns to get your message across loud and clear.

With e-books becoming more and more prevalent, anyone can publish a book if they have the time. Take a look at the list of Trump-related books available online right now to see what we mean. These were produced with a fast turnaround to stay on top of current events (namely the turbulent presidency), and some were even self-published. If you have something to say, this can be a great way to get your thoughts out into the world.

You can make a political statement anytime, anywhere. The more creative you get with your message, the more you will stand out. Of course, these individual platforms will be even more effective in combination. Spread the word about your digital campaign (and catchy new domain) with some on-the-ground guerilla marketing, or turn your play into a downloadable e-book to ensure greater reach. Explore different options to learn what speaks to you and your audience. Sure, you can just rant and rave on social media, but is there a more impactful strategy to reach your audience?

No matter your project, a custom .SUCKS domain can be your home base for spreading your message and attracting an active audience online.