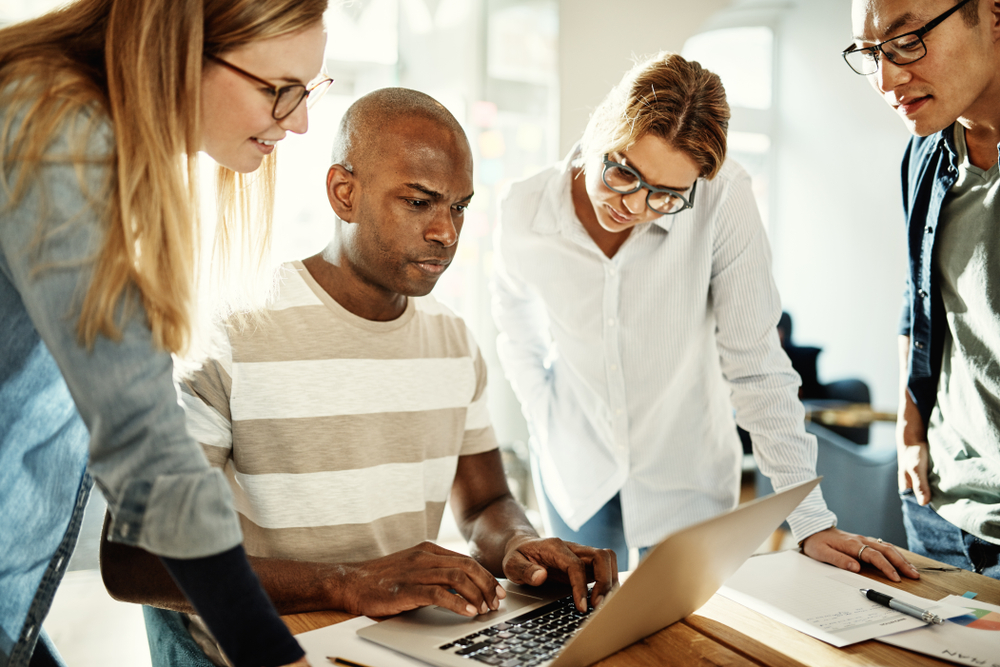 Claiming something “sucks” is a simple yet direct way to make your feelings on a subject known. The weather sucks. Your mother-in-law sucks. Paying a traffic fine sucks. It’s a punchy message—easy to understand and hard to forget. Brands who are interested in memorable messaging (and really, shouldn’t they all be?) should seize the opportunity to suck wherever possible, especially when it’s already relevant to their overarching narrative. We all know a missed opportunity sucks, and we’re willing to bet these three recent promotional campaigns are kicking themselves for missing their chance to suck.

Netflix series ‘Everything Sucks!‘ is a high school drama making waves with its nuanced storytelling, inclusive cast and epic 90s nostalgia. The premiere season tells the tale of two groups of social outcasts, the AV club and the drama club, who come together despite their differences in order to produce a movie that might make the rest of Boring High School finally take them seriously. And with a title like “Everything Sucks!”, it’s clear that the marketers know what they have on their hands: something punchy, cheeky and funny, yet ultimately relatable.

A web domain like Everything.Sucks could have emphasized the show’s 90s nostalgia, playing up that theme with a page that mimics the old school look of GeoCities or AngelFire. A site like this could have gone viral, particularly owing to the current popularity of “90s simulators”, like the Emily Is Away video game series. The 90s are (somehow) very on trend at the moment, and the “Everything Sucks!” marketing team seriously missed an opportunity to get at the helm of this craze.

German vacuum company Vorwerk created a commercial called ‘Love Sucks‘, which shows a tiny robot trying to court an automated vacuum cleaner. The ad is quirky, playful and actually kind of touching, as it taps into the heartbreak of unrequited love—between, well, robots. Vorwerk highlights the natural function of their vacuum cleaner by addressing it in a unique, tongue-in-cheek way. However, they missed an opportunity to take this campaign further with a domain like Love.Sucks, which would have allowed them to really lean into this messaging and discuss any number of things that suck一including their products.

“Corporate beer still sucks,” according to the brand tagline of Loser Pale Ale. Perhaps a little ironic, considering they were bought by corporate beer brand A-B in 2015, but also a fantastic opportunity for both brands to play with this message.

Poking fun at yourself when something like this happens is a great way to get ahead of the inevitable criticism, so A-B should have presented it as such: CorporateBeerStill.Sucks…which is why we’re returning to our roots and taking a lesson or two from Loser Pale Ale. Alternatively, the Loser Pale Ale brand could have tackled the buyout with: BeingALoser.Sucks…which is why we’re moving on up. Either message could acknowledge the silliness of the competing messages and point out why both brands will be good teammates moving forwards.

American actor, writer, producer, singer and comedian Denis Leary published a series of books titled Why We Suck (2009), Suck on This Year (2010) and, most recently, Why We Don’t Suck (2017). It’s clear that “sucking” is a theme in his authorial life and should therefore be in his online presence when marketing each book. Something like ThisBook.Sucks could be a funny, light-hearted way to plug the goofy trilogy and rep his overall brand.

As a brand, your website is an obvious platform to help get your message out there. However, so many brands are wasting the potential this platform brings by playing it safe and thinking inside the box. It’s time to take things up a notch with a custom web domain like .SUCKS in order to really push to the message you want to send. Anyone can throw together a website一it’s your job to make yours pop in a way that stands out from the rest. Don’t drop the ball when a perfect marketing moment is staring you right in the face.

Failing to impress sucks, so learn from these missed opportunities and start crafting your .SUCKS campaign today.

Brands that Missed the MarkMarketingReputation Management

.SUCKS: The shortest distance between criticism and innovation

If you’re looking to start a brand or establish a narrative, a .SUCKS domain can be a non-traditional way to generate interest and engagement.