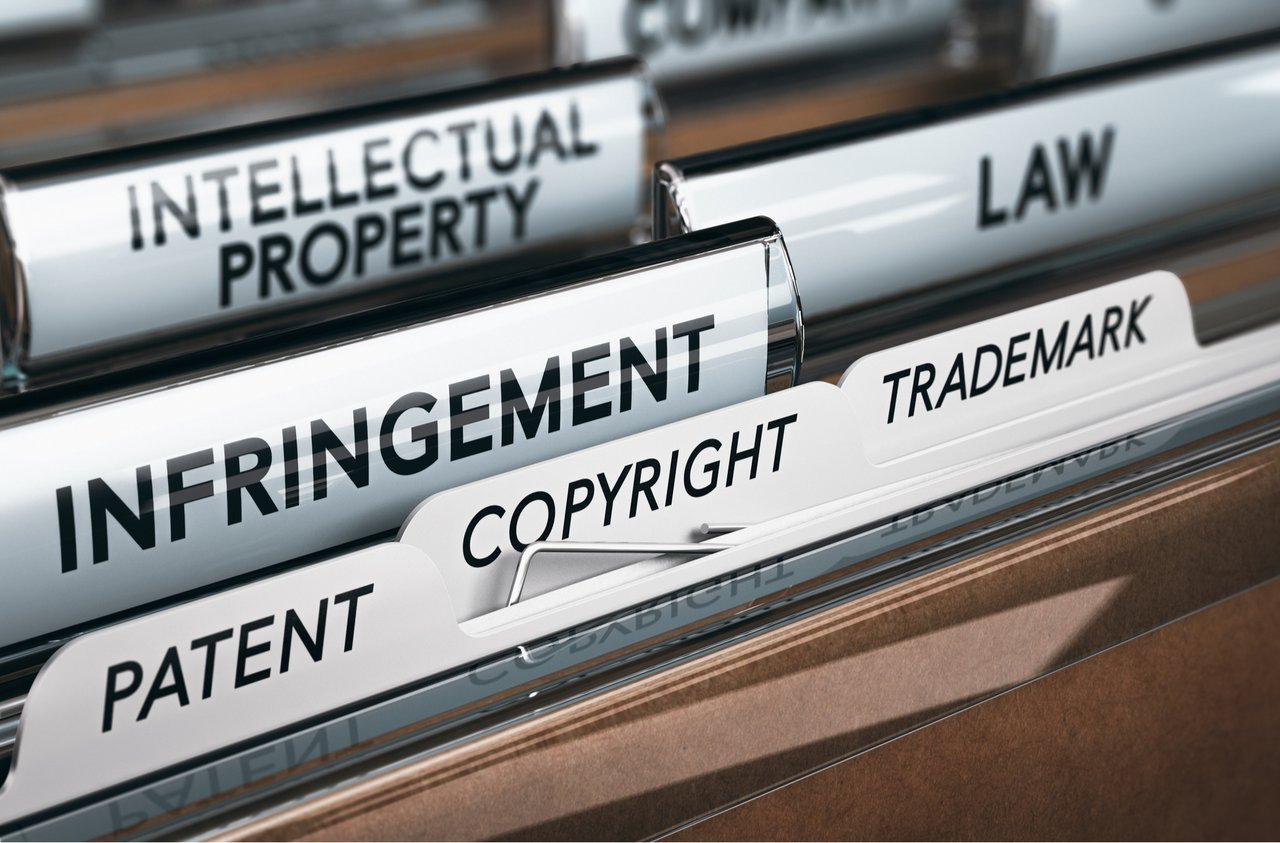 As a digital marketer, you know your way around a hashtag—but what happens when you want to trademark it?

As more companies attempt to register their social media catchphrases with the United States Patent and Trademark Office (USPTO), the line between hashtag and trademark has started to blur. That means it’s no longer just your job to keep your company’s image squeaky clean—you’re also protecting critical brand assets, and maintaining compliance with an ever-shifting regulatory environment.

Sound like a challenge? Don’t worry. We’ve broken down some of the ways hashtags are creating ambiguity in trademark law, so you know where to steer the ship.

Because Hashtagging.Sucks in murky waters.

Can You Trademark a Hashtag?

The short answer is: yes, you can. They may be too short for copyright status and too basic (for lack of a better word) to be patented, but the Patent and Trademark Office added a section for hashtags in the Trademark Manual of Examination Procedure in 2013. This gives you exclusive rights to the use your hashtags in relation to your brand’s products and services—at least in the U.S.

This can benefit you in all sorts of ways, including increased domain name protection and incontestable status after the trademark has been registered for five years. And then of course, you can use the ® symbol for nation-wide privilege, and seek monetary remedies from those who infringe.

However, not just any hashtag can be trademarked; it must be uniquely identifiable with your brand and services offered. For example, Nike wouldn’t be able to trademark #sports because it’s too generic of a term, but they have trademarked #JustDoIt.

What constitutes “generic” is a little more complicated when it comes to the internet and social media. That’s because when trademarks first came about, no one could foresee that they might one day need to apply to text snippets in an intangible online world.

1. Hashtags are meant for customers and social media users, not companies

Normally when you slap a trademark on your brand materials, it’s because you don’t want others to appropriate them—but hashtags turn this logic on its head. When it comes to social media, the more people repeating and retweeting your slogan, the better. That’s why more companies have been hashtagging their brand names and slogans; at the end of the day, it’s all about broadening their reach.

For example, Mucinex registered the tagline #blamemucus so that those suffering from a cold or sinus problem can discover Mucinex products while they connect with each other online—and then they can spread the word. This need to “share” complicates the traditional trademark, which is meant to protect against uncontrolled use.

Internet culture is a strange beast. Random images and clips can become memes and GIFs, accruing a cult following for basically no good reason. If you’re familiar with this world of sometimes off-brand humour, you may be surprised to learn that it’s quickly becoming… on-brand?

Now that companies can register trademark claims for hashtagged phrases, some are looking to capitalize on popular internet jokes and social trends to build further brand awareness. That’s why an entertainment and comedy company filed for #throwbackthursday—even though they didn’t create the social media posting trend. Likewise, a clothing label claimed #fixitjesus, a saying that came from Bravo’s The Real Housewives of Atlanta and then took off online.

When users hashtag these jokes in their original contexts, they’re also providing free advertising for the companies that own the trademarks. But do the memes really belong to these brands, or is this a cheap play for publicity? That’s another debate altogether.

3. Asserting your trademark rights can hurt your brand, not protect it

“Taco Tuesday” is a slogan trademarked by a Mexican restaurant chain called Taco John’s. But #TacoTuesday is also a hashtag that people use when they are, well, eating tacos on Tuesday. Everyone is familiar with “Taco Tuesday” and it makes for a fun hashtag. However, when Iguana Grill tried to use said hashtag online, they received a cease-and-desist from Taco John’s. And it didn’t go well for Taco John’s, who received criticism after the fact (including a replacement event title suggestion of “Trademark Tyrant Taco Day” by users in-the-know).

4. The difference between “descriptive” and “generic” is…subjective at best

The line between what is “too generic” to trademark is confusing, to say the least. A bowling ball company registered #LetsBowl; then there’s #Smart for a clothing brand; and #SoCalStylist for Abercrombie & Fitch stores. However, #WeatherWednesday and #MusicVideoMonday were rejected as “too generic” by regulators—even though the products on offer were a weather newsletter and an online advertising service.

5. Hashtags were designed for social media, not offline branding

This is, of course, changing. Because hashtags are so effective for building online communities around a particular topic or trend, marketers have started putting them on other media, such as print materials, packaging or in-store merchandising. Just look at Mucinex, whose registration of #blamemucus is legitimized not only by its online properties, such as the company website and social channels, but by actual in-store displays and pharmaceutical products.

If you want to trademark hashtags, your best bet is to include them in a variety of brand materials, both physical and virtual. The USPTO hasn’t been very consistent around what counts as a “specimen of use”, and hashtags that appear on your products, displays or website may not carry the same weight if they’re not actively being used on your social channels as well.

Ultimately, if you want your hashtag to be used as a trademark, it has to signify your company as the specific source of the goods and services you provide. The more you can prove this , the more successful your claim is going to be.

6. Decisions are still changing on a case-by-case basis

After two collaborators jointly developed a compact vaporizer pen, they went their separate ways. One party was allowed the use of “Cloud” or “Cloud Vapes” in their subsequent trademarks, as long as the terms weren’t placed beside the words “pen” or “penz,” which were owned by the other party. However, the USPTO’s verdict allowed the first group to use #cloudpen and #cloudpenz in social media contests online because, according to its ruling, “hashtags are merely descriptive devices, not trademarks, unitary or otherwise, in and of themselves…merely a functional tool to direct the location of Plaintiffs’ promotion so that it is viewed by a group of consumers, not an actual trademark.” Huh.

What You Can Do

In summary, the issue is complicated and depends heavily on context. That shouldn’t scare you away from trademarking your own branded hashtags, though. Here are some tips for getting started:

At the end of the day, trademarking your social media catchphrases is a savvy and entertaining way to protect and boost your brand. Not only does it allow you to position your company at the center of an engaged online community, but it prevents other businesses from promoting their products by exploiting your taglines. But this marketing strategy is still evolving—and it’s easy to get caught in grey areas where no precedent exists.

TrademarkInfringement.Sucks, so stay informed; that way, you can assert your rights, comply with current regulations and avoid the wrath of the online community.

6 Brands That Should Have Used a .SUCKS Domain in 2019

At .SUCKS, we love snappy, loud marketing tailor-made for the digital age. It’s part of the reason we do what we do. We also really love when you succeed, which is why we hate seeing brands miss their chance to suck. If you think something sucks, you have a unique opportunity to weave one of …

Some pretty big trademark battles have occurred in the last couple years—and 2019 is no different. Beyoncé, T Swift and the f-word have all made an appearance in this year’s most notable conundrums. And the best part is that we can use these examples as an opportunity to learn something about the intellectual property (IP) …

Hollywood moguls undoubtedly understand the importance of filing for—and vehemently protecting—their brands and trademarks. After all, their “marks” (name, products, catchphrases, etc.) are what make them celebrities. But sometimes they really miss the mark, as evidenced by these stars and influencers who have received major backlash over their trademark applications. Kim Kardashian West Wrongfully Uses …