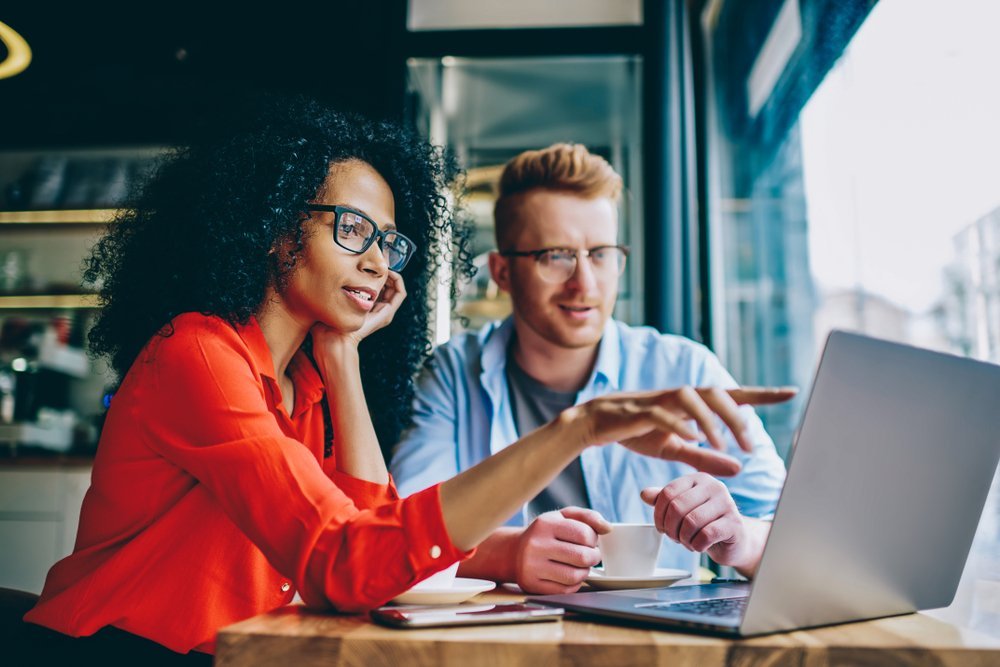 The word “sucks” used to have one meaning and one meaning only. And though it’s still used to describe things that are bad, disagreeable or disgusting, its connotations have changed significantly. Now more than ever, companies are using the word to sell products and services, to take a jab at the competition, and to better connect with their audiences over shared grievances. These are some of the brands that have paved the way for using “sucks” creatively in marketing (even though they could have done better with a certain domain):

Jolly Rancher wants everyone to #KeepOnSucking. Sure, “sucking” can refer to something unpleasant or unsavory (like hazing or being the butt of the joke), but some things—like delicious hard candies—were made for sucking! The company’s 2017 “Being a Rookie Sucks” ad made perfect use of the double entendre.

Though clever, Jolly Rancher could have gone one step further to get their community involved. People love to vent online (no sh*t) and a domain like TellUsWhat.Sucks could have been a great way for the campaign to get more traction.

While Taco Bell is being tongue-in-cheek with the word, its “Sharing Sucks” campaign sheds light on something really important: sucking doesn’t really suck anymore. It’s okay to have an unpopular opinion, it’s okay to be a bit selfish and it’s definitely okay to ask for what you want. It’s a marketing tactic that playfully teeters on the edge of being controversial in order to shine light on one universal truth: we don’t always want to share our nachos!

But why stop there? The fast-food chain could have doubled-up on their message with a domain like Sharing.Sucks that pointed keen consumers to, say, a buy-one-get-one-free coupon code.

A lot of things on this big green Earth suck lately. And ride sharing platform Gett gets that. In an effort to scoop some revenue away from competitors, Gett used its “Surge Sucks” campaign to target a crucial flaw in a rival’s business model. Surge charges are Uber’s way of price-gouging when you need their services most…sometimes during wildly inappropriate times, like terrorist attacks and other emergencies. Yikes.

According to a now-defunct hyperlink, Gett was using SurgeSucks.com for their landing page at one point. But if they had nixed the generic .com for Surge.Sucks, they could have created a more memorable URL that really stuck in people’s minds. This is especially important when, like Gett, you’re the underdog. Uber has a ton of brand recognition so Gett needed to get creative in order to make waves.

“The mobile industry sucks”. That’s the message in the YouTube video description for Three UK’s 2015 ad, which used the slogan, “When stuff sucks, make it right”. Throughout the campaign, they used the word “sucks” simply to challenge the status quo.

The ad features a montage of stuff that sucks, followed by Three UK’s promise to #MakeItRight—but they missed out on an opportunity to truly solve customers’ problems. The mobile service provider could have used MyMobilePlan.Sucks to gather feedback about what people think sucks most about their current plans, valuable information that would have helped the brand better serve their target market.

Americans everywhere can agree that doing laundry sucks. And that’s exactly why TaxAct decided to use this messaging in their 2019 advertisement, which shows a spokesperson doling out hundred-dollar bills to laundromat customers. Sometimes, the things that suck can really bring people together.

But the software company made a fatal error along the way. It’s pretty obvious that these are paid actors, not candidly shocked people with a newly bulging wallet—and the YouTube comment section is filled with cynics and naysayers who agree. TaxAct had a great concept, but they needed a more genuine follow through. Imagine if they had bought Laundry.Sucks to host a landing page for a “Let us pay for your laundry” giveaway. People want to see the money, not have it dangled in front of them. Generosity earns clicks, trust and brand loyalty. Insincerity doesn’t.

We love beer. And not just for drinking. The beer market is ripe with clever marketing campaigns because they know they’re targeting an adult audience. That means they can—and should—be edgy, fun, playful and mature in their approach. According to Weyerbacher Brewing’s website, Dallas Sucks beer is “made for tailgating in parking lots, celebrating first downs and big hits, high-fiving friends and basking in the thrill of victory.” They’ve clearly crafted a down-to-earth message for a down-to-earth product.

Their messaging is colloquial and humorous, and not having a Dallas.Sucks domain is a huge loss for them. Particularly when they have nine Media documents linking out to various sources of information for this particular pale ale. Why not point interested parties to Dallas.Sucks where images and text can run them through the basics of the beer in a more aesthetically pleasing, not to mention functional, manner?

Don’t be afraid to tell people what sucks! Just make sure you also offer a solution that they can get behind. That double-whammy is the backbone of every marketing campaign. Find a need, then fill it—go forth and suck.

Bland marketing sucks—get a custom .SUCKS domain to take your campaign to the next level.