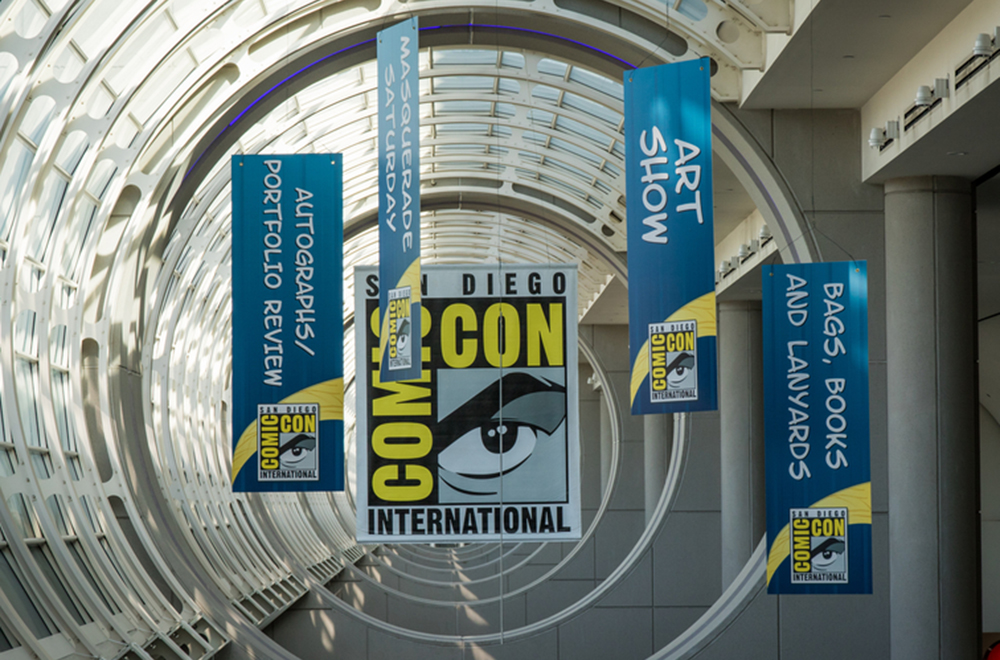 Comic-Con and Comic Con—same thing, right? According to trademark law, yes and no.

San Diego Comic-Con (SDCC) is an entertainment, popular culture and comic convention held annually in San Diego, California. The convention started in March, 1970, under the name Golden State Comic Book Convention, and their inaugural event drew roughly 300 people. These days, this iconic convention runs over four days and draws in crowds of over 130,000 people. Because of this colossal success, numerous unofficial ‘comic cons’ have slowly but steadily popped up all around the globe.

Back in August of 2014, SDCC decided they’d had enough of these copycat events and filed a complaint against the Salt Lake Comic Con (SLCC) for trademark infringement, claiming the use of the term ‘comic con’ in the SLCC’s name infringed on their event’s trademark, ‘Comic-con’. Years of back and forth between the two parties ensued. SDCC initially asked for $12 million—a figure said to include costs for extensive “corrective advertising”—but a jury awarded the SDCC $20,000 in damages in December 2017. Though SLCC announced that it would appeal the decision, the court case opened up a massive can of worms related to trademark law and brand name protection.

This three-year legal battle is a clear example of how critically important it is to protect a brand’s identity. The truth is, TrademarkInfringement.Sucks and companies need to protect themselves from those who try to piggyback off their success.

The Case of Customer Confusion

In the case of SDCC versus SLCC, there were quite a few specific arguments made against SLCC’s use of the “Comic Con” in promotional materials.

SDCC suggested that SLCC willfully used similar naming and marketing to conflate the two events and confuse customers by implying a connection to the more well-established convention. They drew particular attention to an Audi R8 vehicle covered in SLCC promotional displays and driven around the locale of the San Diego Comic-Con convention during the SDCC.

SLCC countered this claim, flatly denying all of SDCC’s allegation except for those related to the Audi R8 promotional vehicle. They asserted 12 affirmative defenses to the trademark infringement claims, including that SDCC had abandoned the trademarks asserted against SLCC, and that SDCC had not been damaged enough to obtain any requested relief.

Specifically, their fifth defense argued that ‘comic con’ is a generic term that has been used around the world by hundreds of conventions over the past 50 years. They based their argument on the idea of ‘genericism‘, which occurs when protectable trademarks become “so associated with a good or service in consumer minds that it stops serving as a source identifier”.

This argument was slammed by SDCC, who stated that SLCC has “no evidence regarding the primary significance of SDCC’s trademarks in the mind of the relevant public and thus, as a matter of law, cannot establish that the marks are generic.”

The court’s decision in this matter means that SDCC could now seek licensing agreements with dozens of other events across the U.S. that currently use variations on the “comic con” title—or even push those events to re-brand. Large independent shows like New York Comic Con and Emerald City—both of which rely on variations of “Comic-Con”—may be some of many affected by this trademark enforcement.

The Importance of Trademarks

A trademark is used for a variety of purposes, including brand recognition. This was the foundation of SDCC’s case against SLCC—unsurprising really, when you consider that 89% of B2B companies state that they value brand awareness above even sales and generating leads, and that brands with stronger recognition statistically generate higher earnings.

It is not only important for companies to implement a trademark to protect their brand, but also to be extremely diligent in consistently enforcing infringers to stop abusing their brand. In the case of SDCC versus SLCC, SDCC really had no alternative but to sue SLCC after it decided the trademark was worth protecting.

Additionally, this case highlights that there are no (for lack of a better term) ‘trademark police’. SDCC’s victory against SLCC does not mean that all brands using the trademark ‘comic con’ will now change their name. It is, in fact, up to SDCC’s legal team to pursue each and every trademark violator individually in order to wholly protect their brand. However, what this case does do is set a precedent that will potentially need to be followed in any subsequent cases, in which many smaller events may choose to voluntarily change their name in order to avoid a similar fate.

Trademarks are useful tools for memorability, customer loyalty and defining company value. In order for brands to control their messaging, they need to control their trademark. The SDCC’s case against the SLCC demonstrates the importance of protecting intellectual property against those looking to leech off a brand’s success. It also showcases the penalties for being that leech.

If a company allows even one exception against its trademark, it opens itself up to posers and fakes swooping in to trespass on their territory—and their profits. If there is one message to be taken from the SDCC versus SLCC debacle, it’s that companies have to be proactive in the defence of their brand if they truly value the exclusivity and recognition their chosen trademark brings them.

TrademarkInfringement.Sucks, so help your clients protect their trademarks with their unique .SUCKS domain.