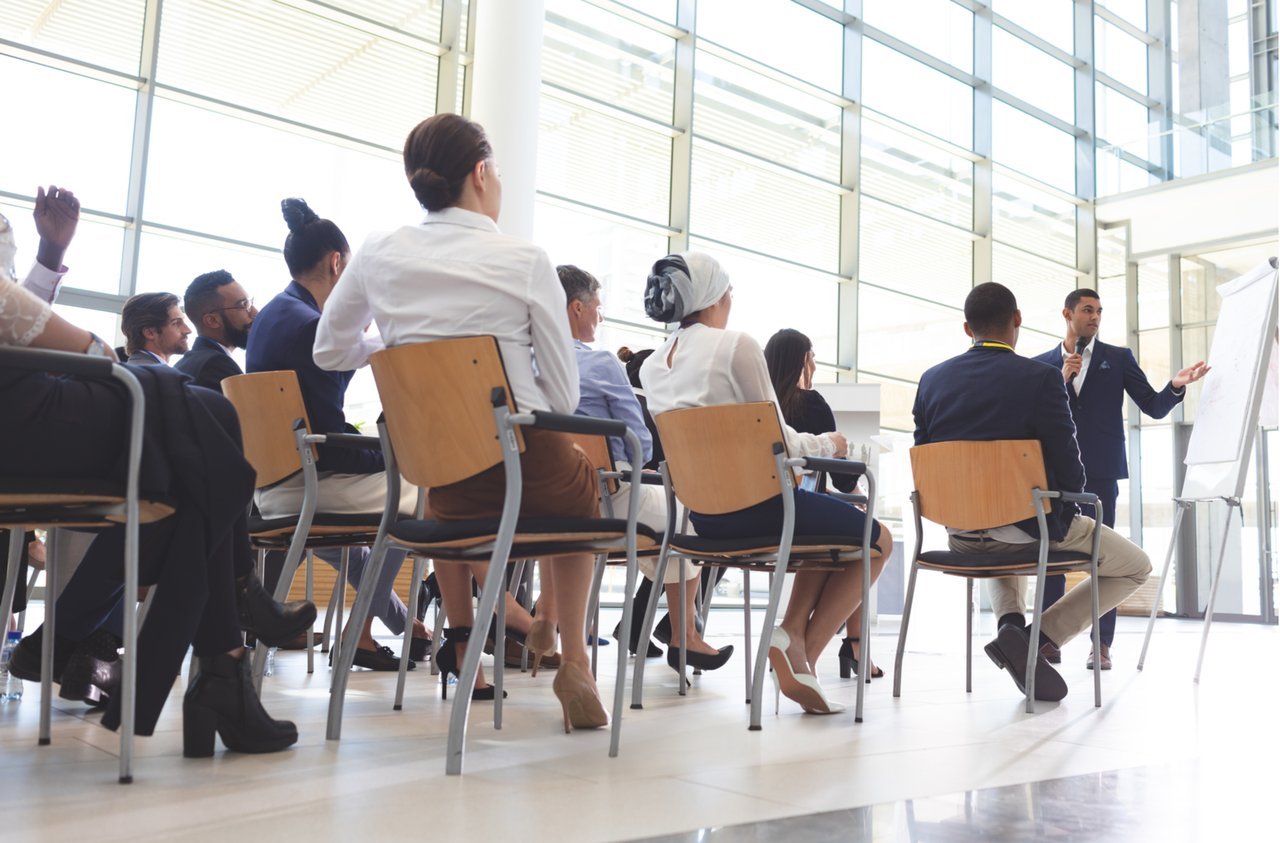 You might think that a meeting of the world’s trademark and intellectual property (IP) professionals would be full of heady topics, technical jargon and fine print. And while you may be right (these things are important), they certainly don’t paint a full picture of the conference.

Experts from all over the world attend the International Trademark Association’s (INTA) Annual Meeting, and it’s a fascinating opportunity to talk, listen and engage with them. The conference has existed in one form or another for almost a century and a half—but only in the past few years has it played host to .SUCKS. And we’ll be the first to admit, we haven’t always been the best-behaved guests.

.SUCKS has toned down the hijinks, but we still have a great time going to the different booths, sessions, workshops and lunch-and-learns, and getting the goods on all things trademark and IP. Because when a single gathering brings together brand owners, counsel, government officials and academics from over 150 countries, you want to know what everyone’s buzzing about.

So, which topics were the talk of the town? Here are three of our favorite soundbites from the conference, and why they’re significant.

“Long before the internet was plagued by fake news, there were fake products.”

This seems to be the consensus on the trademark- and patent-infringement battle being waged between Williams-Sonoma and Amazon in a San Francisco federal court. In this particular case, Amazon manufactured and marketed chairs bearing a striking similarity to signature styles from Williams-Sonoma’s West Elm brand.

Amazon has long been criticized by competitors for being a place where forgers can sell brand name knock-offs at bargain prices. But this time, the forger appears to be Amazon itself, and its seemingly anti-competitive antics have not been well-received by the wider retail community—to put things lightly.

According to some analysts, it’s possible that this approach will backfire. If Amazon’s in-house labels become associated with cheap counterfeits, then partners and consumers will steer clear. “Help brands sell their products and leave it at that,” says Doug Bania, founding principal of Nevium Intellectual Property Consultants, in an interview with Bloomberg. “Don’t do a bait and switch and try to sell a cheaper product that looks the same.”

Now we just have to wait and see how the lawsuit shakes out. Amazon is certainly shameless, but it’s far from blameless; and while this may be the first lawsuit to challenge its brand imitation head-on, it likely won’t be the last.

“Either use it or lose it.”

Okay…this quote actually comes from Pat McDonagh, founder and owner of the Supermac’s fast-food chain. But INTA attendees were talking about him and his restaurants.

Why? Well, even though the Supermac’s chain can be found across Ireland and Northern Ireland, it had never managed to expand into Britain or the rest of Europe because a certain multi-national bully was standing in its way. McDonald’s had built up a mind-boggling stockpile of brand and product trademarks which included all things “Mc” and “Mac”, and it used them to hold back smaller competitors such as Supermac’s. That is, until January 2019, when the European Union Intellectual Property Office (EUIPO) overturned the whole thing.

This David-versus-Goliath turn of events is exciting for underdogs everywhere, but it also teaches big brands a valuable lesson: if you’re going to protect trademarks, you actually need to put them to good use. If you just sit on them, they could be ripped out from under you (and used against you—just wait until you read about how Burger King had a field day once the Big Mac name was fair game).

We heard this one in discussion after discussion: “brands are defensive”. Whether they’re guarding against counterfeiters and copycats, like Williams-Sonoma vs. Amazon, or trying to stay on the right side of regulations such as the GDPR, companies are taking pre-emptive measures to manage their reputations and protect their intellectual property.

But as we saw in the curious case of the Big Mac, being defensive won’t help you if you’re just hoarding trademarks. When you hold onto a name to keep it out of your critics’ and competitors’ hands, you need to take it a step further, and deploy it strategically to build your brand.

That’s why companies understand the unique advantages that .SUCKS can bring. When you own your .SUCKS domain, not only are you protecting your name from a potentially damaging site, but you’re providing a platform for constructive dialogue where you control the conversation.

Find your .SUCKS domain today—and follow us on Twitter, Facebook, and LinkedIn for more trademark news, marketing resources and success stories from brands who own their sh*t.

Beyoncé, T Swift and Guns N’ Roses all made an appearance in the year’s most notable conundrums. And the best part is we can learn from their examples.