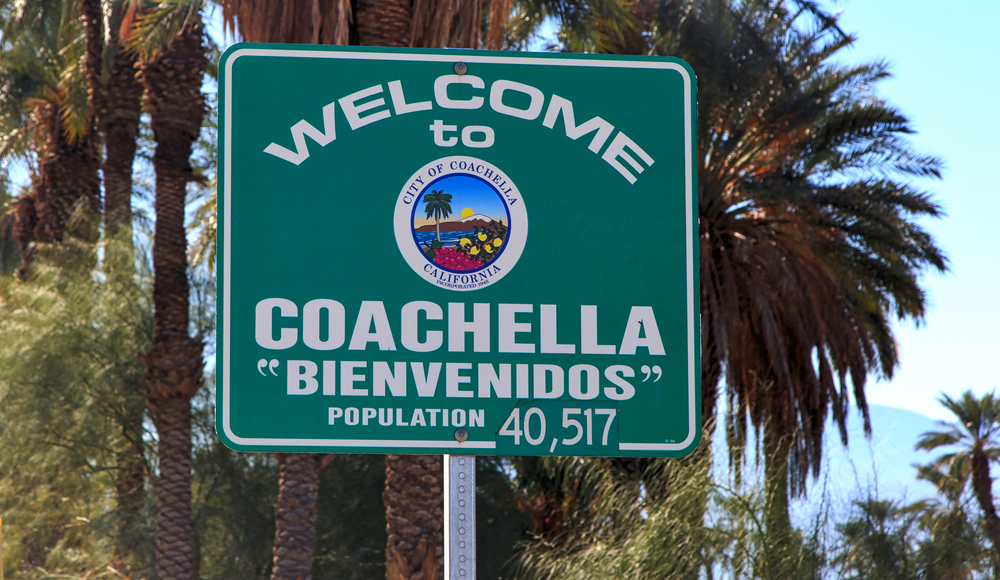 What springs to mind when you hear the word “Coachella”? Probably not the geographic location of Coachella Valley, California, but rather the world famous Coachella Music Festival. This annual event has become so large that “Coachella” has taken on a secondary meaning in intellectual property terms. So what does mean from a branding and ownership lens? Despite being the descriptor for a point on the map, “Coachella” can be trademarked. Which is exactly what “Coachella” trademark owner Goldenvoice did.

TrademarkInfringement.Sucks, so it’s helpful to understand how a brand as big as the Coachella Music Festival was able to protect its name—and why it has invested in doing so.

Goldenvoice vs. the Other “Chellas”

Wholechella (by WholeFoods), Combschella (by rapper Sean “Diddy” Combs), Hoodchella (a rap festival) and Filmchella (a film festival) are just some of the parties on the receiving end of Goldenvoice’s liberal application of cease-and-desists when it comes to defending the Coachella brand. Goldenvoice’s argument is that association with the Coachella brand, by way of the “-chella” suffix, serves multiple duplicitous purposes:

The reasoning makes sense: Coachella fans and followers don’t want to be duped any more than Goldenvoice wants other companies duping them. Goldenvoice has worked hard to craft a certain image for their product and has built their brand into a mega empire.

Goldenvoice protects its trademark with a ferocity that some see as antithetical to the laid back, bohemian, community-centric vibe of the festival itself. If that’s the case, why do they do it? Let’s take a look at why trademark protection is so important and why other music festivals—and other brands—should take a similar stance on protecting their products.

The Value of a Trademark

It’s against Coachella’s terms and conditions to give away their tickets in unauthorized contests, sweepstakes or draws. The festival believes that this devalues their tickets, which paying customers shell out a lot of money for, and disrespects their advertisers and promoters that paid for the right to partner with the event and provide free tickets to their audiences (say, sponsoring radio stations, for example).

This is the same reason why Goldenvoice comes down so hard on apparel companies like Urban Outfitters who borrow their likeness, verbiage and style. Official sponsors will be put off if they feel like their authorized collaborations are diluted by unauthorized copycats. Goldenvoice has a case against Urban Outfitters and Free People, because their merchandise can reasonably be linked to customer confusion, unfair competition and dilution of the Coachella brand.

Cultural events, music festivals and the arts have a particularly important duty to protect intellectual property (IP). This is because many areas of IP come into play when organizing, recording, performing, protecting and disseminating the resulting products. Being thorough about your copyright protection strategies can attract bigger and better acts in the future, when the minutia of who-owns-what gets increasingly important.

Use It or Lose It

Elizabeth Kurpis, a fashion lawyer based in New York, notes that, “What Coachella is doing here is not only typical, but it is their legal duty if they would like to retain the rights to their trademarks”. Trademark infractions devalue your brand and its future sponsors and potentially damage your reputation, not to mention that being lax about defending what’s yours can actually weaken your case in the future. Look no further than the MillerCoors vs. Stone Brewing case to see how Stone Brewing’s delay and inaction may actually hurt their trademark battle against the conglomerate. Learn from Goldenvoice, Stone Brewing and other recent trademark battles, and protect what’s rightfully yours.

It’s simple: Protect your trademark at all costs. Many times, a simple cease-and-desist letter will suffice and the offending party will back down without conflict. If that isn’t the case, however, you must be prepared to fight for what it yours. You can’t afford not to.

LosingYourTrademark.Sucks, join the conversation with a custom .SUCKS domain today.