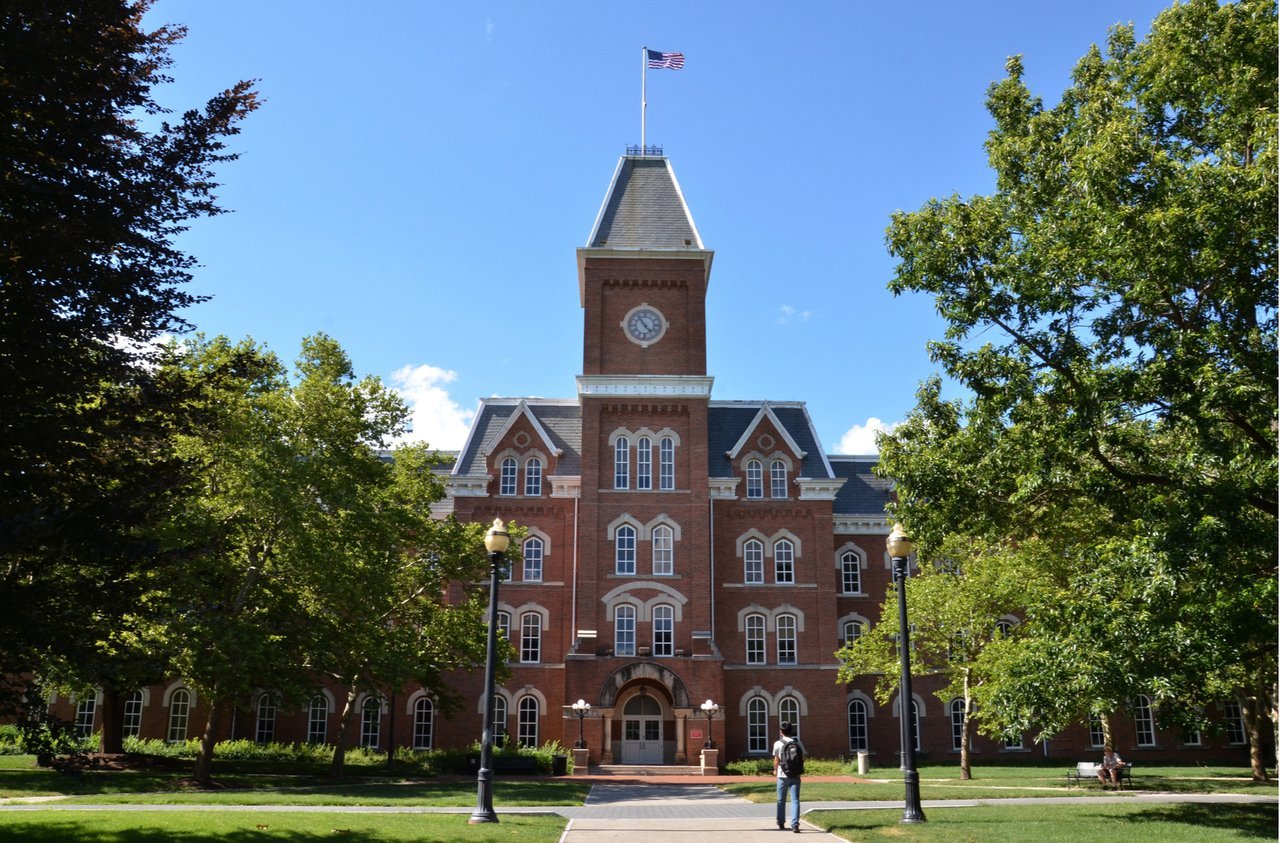 Ohio State University (OSU) recently tried to trademark the word “the”—one of the most frequently used words in the English language. Needless to say, it did not go as planned.

Losing your trademark sucks, but getting an application denied is even worse. Make sure you know the game before jumping in unabashedly.

Now, before you get too judgemental, we’ll make one thing clear: Ohio State didn’t want to own the rights to just the word “the”. They actually applied to trademark it when used in conjunction with the school’s name: they wanted exclusive rights to use “The Ohio State University” on university merchandise—think baseball caps, t-shirts and mugs designed with their logo and colors.

This isn’t the university’s first foray into the IP world, either. OSU has successfully trademarked its mascot, Brutus Buckeye; its stadium’s nickname, “The Shoe”; its block “O” logo; its buckeye leaf helmet decal; its O-H-I-O arm gestures; and the colors scarlet and gray, when used adjacent to the university’s name and logo.

At one point, Ohio State even tried to trademark “OSU”, but was forced to reconcile with Oklahoma State University, which uses the same acronym for branding and merchandise. The two universities ended up signing an agreement that allows both of them to use the same acronym. But that’s not all! Ohio State is the proud owner of 150 trademarks in 17 countries—and still has many pending trademark applications in play.

Perhaps unsurprisingly, OSU lost its bid to trademark “the”. Just as trademarking nouns may prove a challenge, trademarking articles (the, an, a) is nigh impossible.

In short, this means “the” cannot be registered as a trademark in this case because it’s not actually a distinct part of the brand in question—at least, not in any way that would separate it from other similar marks.

As if losing its bid wasn’t bad enough, OSU was also mocked by its rival, the University of Michigan, for the failed attempt. Apparently, Michigan thinks OSU sucks for trying to lay claim to such a commonplace word. Ohio State was quickly met with criticism, from being called “pompous and stupid” to “ridiculous” and “arrogant.”

A spokesman for the university, Chris Davey, noted that, “like other institutions, Ohio State works to vigorously protect the university’s brand and trademarks”. And it makes sense why it goes to such great lengths. Protecting your trademarks is essential, and it’s often better to be safe than sorry. If you don’t vigorously protect your brand from the get go, it becomes increasingly difficult to do if a dispute does arise down the road.

Music festivals, food brands, clothing companies—leaders in these industries understand the value in protecting a trademark against the risk of infringement. As does Ohio State University. We may think that they look a little silly taking things to “the” extreme but the justification behind these actions is solid.

That said, the university could have benefitted from consulting a lawyer or IP expert before filing a public request. When it comes to something as serious as trademarking your brand, it’s best to keep things out of the public eye until you’re sure you have legs to stand on.

Ohio State’s drama highlights two lessons we’ve learned from past intellectual property disputes. Protect your brand at all costs—even if that means taking a risk like attempting to trademark a common word. And pick your battles wisely.

We can laugh at the story of an attempted common article trademark, but at the end of the day, IP law is no laughing matter. Every brand would be wise to take note when something newsworthy happens in the trademark world. You never know what you can learn from watching others’ blunders.