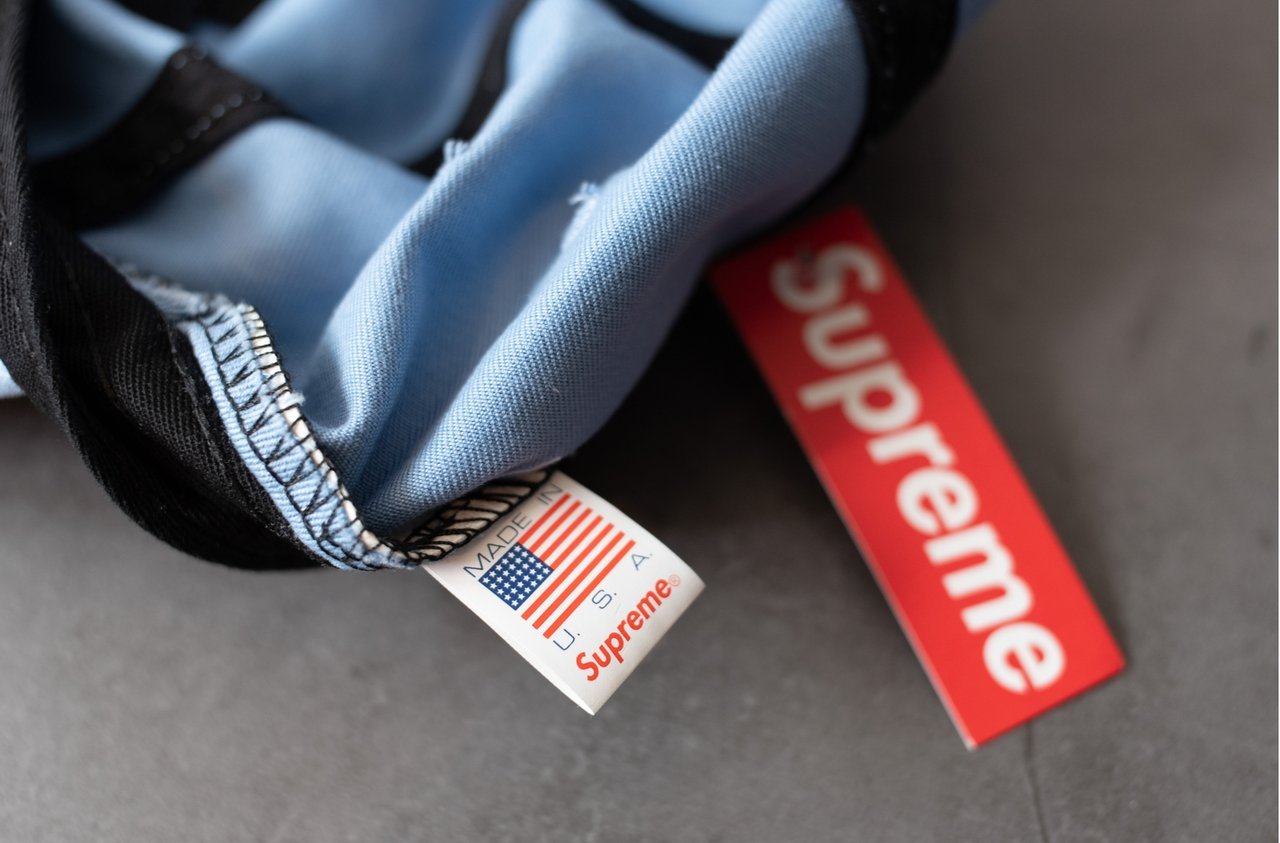 For some consumers, Supreme goods are the ultimate status symbol. It should come as no surprise then, that the high-end streetwear label receives a high volume of search traffic related to “fakes” and “replicas”, and has even surpassed popular brands like Ray-Ban, Audemars Piguet, Oakley and Vans as having the most sought-after fakes.

While some will say that imitation is the sincerest form of flattery, others disagree—especially brands who feel like their intellectual property is being ripped out from under them. And that’s exactly what’s happened in the case of Supreme vs. Supreme Italia.

The Making of a Legal Fake

In the case of Supreme, it’s interesting to note where the fakes are coming from. When opportunistic holding company International Brand Firm (IBF) registered in the U.K., it was quick to apply for “Supreme” trademarks in countries like Italy, which award rights to the first company that files for a name, rather than the first company that actually uses it. Thus, Supreme Italia—and its copycat products—was born.

Supreme knock-offs like Supreme Italia (and later Supreme Spain) rely on these differences in trademark law between countries to survive. International Brand Firm does business as Supreme Italia through a licensing deal with another ad-hoc company, Trade Direct SrL, to mimic Supreme’s signature aesthetics, logos and designs. And although Trade Direct has now been deemed illegal in Italy, IBF has been the first to file for the Supreme logo in several other jurisdictions.

Being fake sucks…and yet, there are companies that profit by doing just that. It’s slimy, it’s lazy, it’s cheap. But it works. And while fakes have always been a problem, legal fakes—like those produced by Supreme Italia—represent a whole different ball game. In fact, the average consumer can’t even tell the difference between the two Supremes.

Of course, the OG Supreme is none-too-happy about this attack of the clones; in addition to confusing customers, the dispute is no doubt costing both sides a pretty penny. But lucky for us, there are a few things that can be learned from this international trademark battle.

1. Own Your Sh*t Everywhere

Where possible, own and control all avenues of publicity related to your brand. Many companies take this very seriously, which is why you see big names like Comic-Con and Coachella fervently protecting their name. While this isn’t necessarily an easy thing to do, it’s vital to protect the sanctity of your hard-won reputation.

Here are a few things you can do to protect your brand, mark and reputation—because being informed is only the first step:

2. Be Your Own Worst Critic

Part of the reason why fakes are everywhere is that “counterfeit culture” is growing in popularity: Gucci now sells its own “Guccy” t-shirts and Alexander Wang is embracing manufacturing flaws and printing errors as part of the art of creation.

According to Vice, brands like this are “finding their heart in things that go wrong while clothes are being made”—which means that, while some people are being hoodwinked into buying Supreme Italia hoodies, others just think it’s edgy, or even ironic.

This isn’t an easy market to win in, but at least companies who acknowledge their own flaws and flaunt them like a badge of honor are seen as #woke. It’s why some organizations are claiming their own .SUCKS domain as a way to engage with customers and openly collect feedback. Everyone appreciates companies that have the guts, honesty and good humor to wear their imperfections on their sleeve.

3. If You Dish It Out, You’d Better Be Able to Take It

When Palace Skateboards wanted to claim a bit of “luxury” for streetwear buyers, they bootlegged Versace’s medusa to make a point. So when HypePeace set out to raise money for Palestinian youth, they bootlegged Palace Skateboards’ logo in return. If you become known for shady trademark practices, you become a target for others to use you in the same way. After all, you’re the one who made it “acceptable” in the first place.

Maybe Supreme looks back with something resembling remorse when they remember how their entire logo was lifted unapologetically from Barbara Kruger, the famous anti-consumerist conceptual artist. Then they had the gall to go after Married To The Mob when they subversively appropriated the logo in their own “Supreme Bitch” clothing line.

Well, karma is a also a supreme bitch. So familiarize yourself with some trademark best practices to avoid trespassing on others’ IP. This isn’t going to stop trademark villains from trying to leech off your hard-earned reputation, but at least it won’t give them easy precedent to help them make their case.

There are so many morals to this story, but the most important is this: protecting your trademarks and owning your sh*t demands a multifaceted strategy that covers all your bases. Supreme didn’t do this, and that’s how International Brand Firm was able to catch them by surprise and latch onto their brand like a parasite.

A big part of your protection strategy should be owning your trademarks in jurisdictions that matter. But another significant component is creatively owning the conversation around your brand, so that when you do find yourself in a sticky situation, you can swing it to your advantage.

As innocent observers, we have the good fortune of watching this cringe-worthy case from the sidelines so we can learn from the consequences—but let’s pray to the trademark gods that we never have to deal with a mess as supreme this one.